The Dangers of Sitting for Extended Periods

The headlines were dire in 2018 when a new scientific study was published bearing the title “Sitting is the New Smoking!” Both the CDC and the Mayo Clinic ran with it, and there were even news stories featured on popular news portals like CNN.

The question is: Is sitting really the new smoking? Is sitting for extended periods really that awful from a health perspective?

The answer is yes…and no. And in this piece, we’ll dig into the actual research and what was discovered to better illuminate the problems associated with sitting for extended periods.

If you want the short answer, it is this: Smoking is orders of magnitude more harmful to your health than sitting, so the headline itself is hyperbole and vastly overstates the dangers of sitting for extended periods.

That said, sitting for several hours a day isn’t good for you. It’s certainly not on par with smoking a pack a day, but it will still damage your health and shorten your life. That much is absolutely true, even if it’s not as dangerous as you may have been led to believe.

Is Sitting the New Smoking? 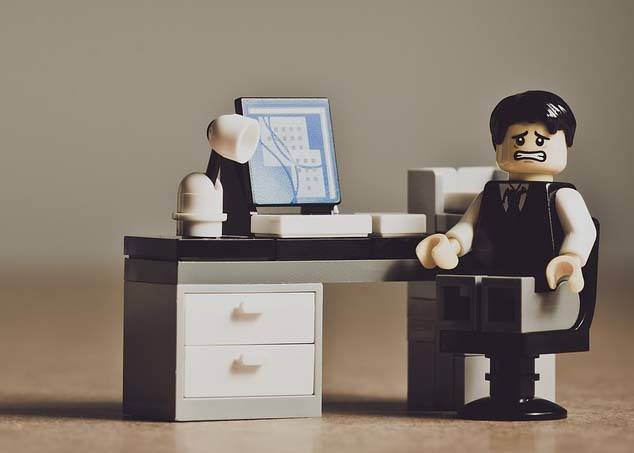 In recent years there have been countless articles like this one "What a bummer! Prolonged sitting is shortening our lives, experts say" published that make the bold pronouncement that sitting is the new smoking. In fact, the article we linked to even goes so far as to suggest that smoking is actually safer than sitting!

Let’s be clear right up front: Smoking is lethal. It will kill you in many insidious ways, and the longer you smoke, your risk of developing heart disease, suffering from high blood pressure, or having a stroke or heart attack increase exponentially. It takes time, but smoking is one of the surest ways of killing yourself slowly.

Is Sitting Bad? No, But Sitting for Extended Periods Is!

That gives us a hard number, and unfortunately, a solid majority of American adults fall into the danger zone.

Not only do many American adults spend most of their workday sitting in an uncomfortable chair in a cubicle, but when we get home from a long day, our favorite way to unwind is increasingly sitting on the couch or in our favorite recliners and spending a few hours watching TV — maybe moving to the dinner table to sit and have a bite to eat before crawling in bed for the night before starting the cycle all over again.

On average, an American adult spends more than fifteen hours a day sitting in one place or another! As you might expect, that doesn’t leave much time for anything else, and that is very bad for your health. Granted, it still doesn’t rise to the level of dangers presented by smoking, but it’s still very damaging to your health in the longer term. 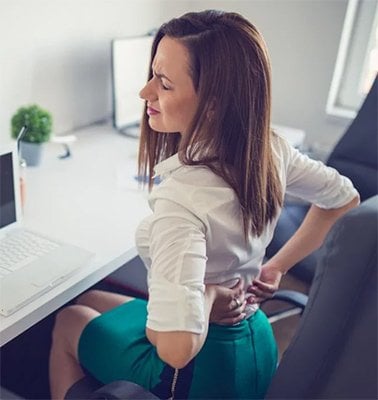 What the Data Says... Risks of Sitting Too Much vs Smoking

To put it in perspective, smokers see their risk of dying prematurely rise by about 180% when compared to non-smokers. Contrast that to the dangers of prolonged sitting, which increases your risk of death by somewhere between 10-20%. That’s bad, and certainly, something to be mindful of, but the numbers don’t lie. Sitting as a risk factor pales in comparison to smoking. There are just no two ways about it.

Dr. Terry Boyle, one of the researchers based in the University of South Australia, who conducted the meta-study on the data (Sitting is NOT the new smoking, contrary to popular myth), had this to say about the comparison:

“The simple fact is, smoking is one of the greatest public health disasters of the past century. Sitting is not, and you can’t really compare the two."

He points out three things about the comparison:

Smoking Is A Lot More Dangerous

"First, the risks of chronic disease and premature death associated with smoking are substantially higher than those with sitting. While people who sit a lot have around a 10-20 percent increased risk of some cancers and cardiovascular disease, smokers have more than double the risk of dying from cancer and cardiovascular disease and more than 1000 percent increased risk of lung cancer. 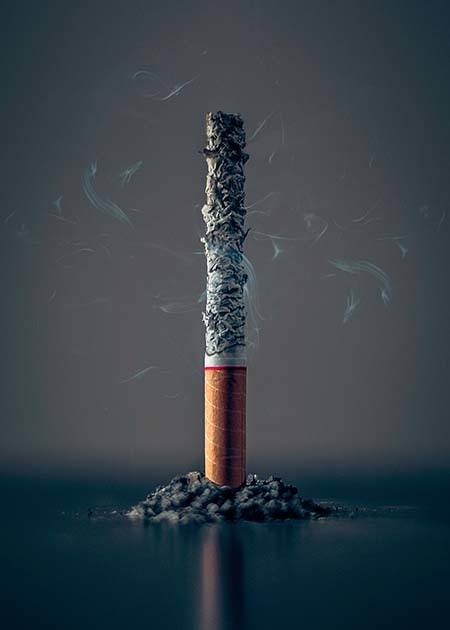 That’s a pretty definitive statement, and we absolutely agree with that assessment. Even so, it’s easy to see the other side. These days, with relative attention spans so short, you almost have to have a short, punchy, hard-hitting headline to get noticed and declaring that “Sitting is the New Smoking!” is all but guaranteed to get clicks and attention. It is, nonetheless, mostly hyperbole.

So now that we’ve cleared the air and put the two things (Smoking and Sitting) into perspective let’s face facts: A 10-20% greater chance of premature death is nothing to sneeze at and is definitely an issue worth taking a closer look at to find ways of mitigating that risk.

In particular, the biggest driver of the increased risk of death associated with extended periods of sitting stems from the fact that it leads to increased rates of obesity, which increases your chance of heart disease, heart attack, and stroke. Those are lethal, and anything that can be done to reduce the risk of you developing those conditions has to be counted as a good thing.

Fortunately, there are several strategies you can implement right now, starting today, that will do exactly that. Let’s take a closer look at them:

Be More Selective About the Furniture You Buy

Since you probably can’t do anything about the fact that your job requires you to sit for extended periods, the best thing you can do on that front is to be a lot more mindful and selective about what you’re sitting in or on.

There are tons of great office chairs available with cutting edge ergonomic features that will help alleviate the discomfort associated with sitting for extended periods. In fact, there are some innovative alternatives to conventional office seating products that will help in that regard.

While it’s true that an ergonomic office chair won’t reduce your risks of obesity, it will reduce your risk of developing chronic back pain, which will make you less likely (and let’s face it, less able to) exercise regularly.

Some of the unconventional office seating products on the market today actually help you burn calories. These are well worth considering even if they look a bit unusual as anything that helps you burn more calories and improve muscle tone has to be counted as a good thing.

Unfortunately, investing in ergonomically excellent office seating only helps while you’re at work. Most American adults spend quite a lot of time lounging at home too.

The good news is that there is a slowly increasing number of companies making and selling ergonomic living room furniture these days. Granted, they still represent a minority share of the market. So, you have to do a bit of additional digging to find ergonomic sofas and recliners, but they do exist and are well worth purchasing.

As we mentioned, though, sitting is still sitting, and even if you decide to buy one of the alternative seating options that help you burn a few calories throughout the day by itself, that’s not sufficient to reverse the health risks of sitting for long periods.

To help counter those impacts, it’s important to build regular exercise into your daily routine. That’s difficult, we know, and the reality is that few people actually enjoy exercising. The trick here is to build it into the fabric of each day.

Instead of taking a smoke break at regular intervals throughout the day, take a health break. Get up and move. Spend ten or fifteen minutes walking around the building, or out to your car and back.

Getting up and walking is the best way you can spend your daily health breaks. If that’s not an option, there are several good exercises you can do right at your desk that will help burn a few calories. Again, these won’t burn a ton of calories, but that’s not the point.

The point is to restructure your day in ways you barely notice, with each little element adding a few calorie-busting and muscle-flexing bits to the equation so that the total impact is impressive without radically altering the structure of your day.

Finally, consider taking up a hobby that forces you to move. This could be anything that strikes your fancy from playing tennis to taking fencing lessons, playing frisbee in the park or even whitewater rafting. Whatever you pick, just be sure it includes a physical element. That way, you’re getting more exercise, but it doesn’t feel like exercise, it feels like fun!

The more of these kinds of changes you make, the more you’ll do to offset the negative impacts of sitting for prolonged periods, which will result in a healthier you and serve to shave points off of that aforementioned 10-20% risk of dying prematurely. 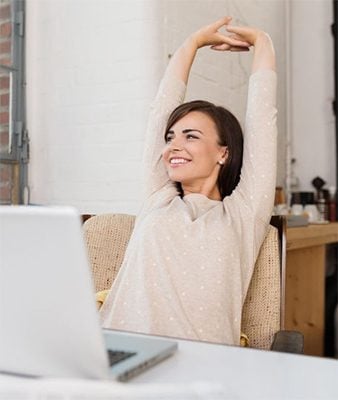 Sitting is NOT the new smoking. Headlines like these are provocative but are ultimately clickbait. Smoking is far and away the deadlier of the two activities. Nonetheless, sitting for extended periods is certainly not without risks, and unless you take steps to counter the negative impacts, your risk of premature death will absolutely increase.

The good news is that there are some simple strategies you can employ that will help to mitigate those risks, and best of all, you can do them without having to join a gym or make radical changes to your daily routine.

The best exercise program is the one that gets used, and the unfortunate reality is that most people balk at the idea of spending money on a gym membership and sweating the pounds away in that setting. If you’re among the legions of people who don’t want to spend endless hours at the gym, don’t take that approach. It will ultimately backfire and wind up frustrating you.

Take a more measured approach, using strategies as we outlined above, to make smaller, incremental changes that will add up quickly and yield impressive results. Augment that by investing in furniture that will wind up being kinder to your back and better for your posture to minimize your risk of developing chronic back pain as a consequence of all the (mostly unavoidable) sitting.

That provides you with a powerful one-two punch that may not reduce your risks to zero, but will certainly move the needle in that direction. You’ve got this.

27 Best Office Chair Alternatives in 2023
How to Sleep in a Recliner Chair
50 Really Cool, Weird, Fun, Unusual, Innovative and Awesome Chairs
How to Sit Properly in a Kneeling Chair
Different Types of Massage Chairs Explained
Home → Library → The Dangers of Sitting for Extended Periods 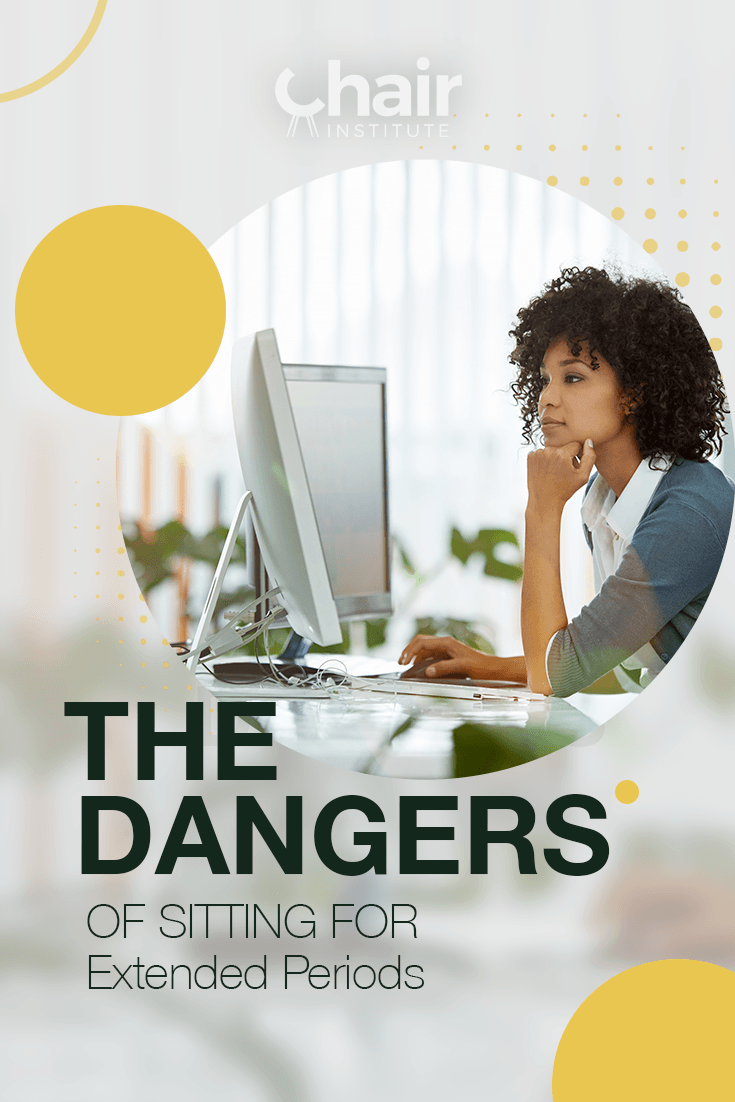