Interesting and Fun Facts About Chairs

In a very real sense, we live in the Age of the Chair.  It’s the most common, ubiquitous form of furniture in modern society.  You find them literally everywhere. At home.  At work.  In stores and shopping malls.

When you start paying attention to just how common they are, it’s unlikely that you can go an entire day without laying eyes on at least one.  More probably, you’ll see dozens, if not scores of them in all shapes and sizes.

What most people don’t know is the fact that as common as the humble chair is, they have a rather intriguing history.  Below, you’ll find many interesting facts about chairs you may not have known.  Read and enjoy!

Although the chair has been with us for centuries, with the earliest known chairs dating back about five thousand years in Ancient Egypt, chairs didn’t start becoming commonplace until much later.  When they were found at all, they were exclusive to the wealthiest of families.

That began changing in the 1600s, but even then, they were rare sights in most households, where stools and benches were much more common forms of seating.  It wasn’t until the dawn of the Industrial Revolution that chairs can be said to have become truly mainstream. 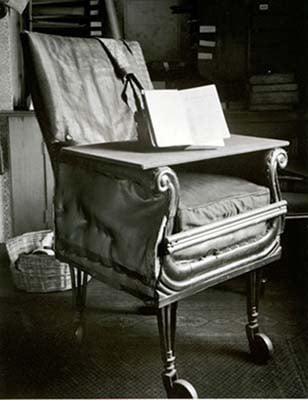 The Office Chair Has Not One, but Four Fathers!

It’s a somewhat well-known fact that the naturalist Charles Darwin was the father of the modern office chair.  He inadvertently invented it by adding wheels to the bottom of his Captain’s Chair so he could scoot around his office and get to his work more easily.

That, however, is a bit of an oversimplification.

While the story above about Charles Darwin is true, he wasn’t the only innovator that helped bring the modern office chair into the world.  Some credit goes to Thomas Jefferson.

While his favorite chair didn’t have wheels, it did sport a unique innovation:  It swiveled!  In fact, it is said that Jefferson penned the Declaration of Independence in his trusty swivel chair.

It would be more than fifty years before the two key features (wheels and swiveling) would be combined in one chair.

That happened thanks to the genius of Thomas E. Warren, who designed a chair called the “Centripetal Spring Armchair,” which was an elaborately designed, exquisitely comfortable chair designed for work.

It had almost all of the features that modern office chairs sport today.  You could raise and lower it.

It swiveled, and it was on wheels.  It even featured a padded headrest!  In fact, about the only difference between that chair and today’s office chairs was the fact that Warren’s offering didn’t provide lumbar support. 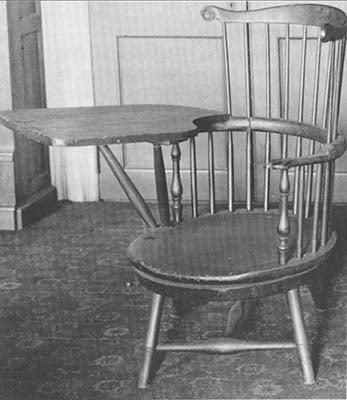 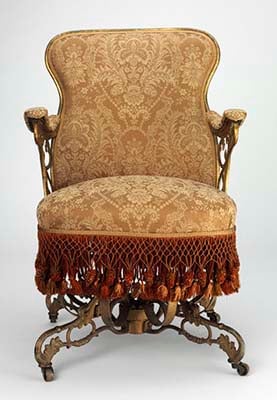 Sadly, the design didn’t attract much attention because it was seen as being “too comfortable” and the fear was that people sitting in it would be inclined toward laziness and wouldn’t get any work done, which makes this one of the most intriguing and fun facts about chairs on our list!

The final “Father figure” to mention here is none other than Otto Von Bismarck, who did more than just about anyone on the planet to popularize the use of what we understand today as the modern office chair.  His goal was to boost the productivity of government employees, and he saw the emerging office chair as a practical means of doing just that, ordering hundreds of them for various government officials at all levels.

American Business Buys a TON of Chairs Every Year

To give you a sense of scale, each year, US businesses purchase a staggering 16.5 million chairs, with American consumers adding another 12 million to that total, every year.

On the flip side, while we don’t have solid data on the number of chairs that wind up in the landfill every year, according to the EPA, a staggering 900 million tons of office furniture winds up in dumps around the country, every year.  That adds up to a lot of chairs!

Interesting Facts About Chairs of Other Types

Lest you think we’re going to spend all of our time focused on office chairs, here are a few other interesting facts about other types: 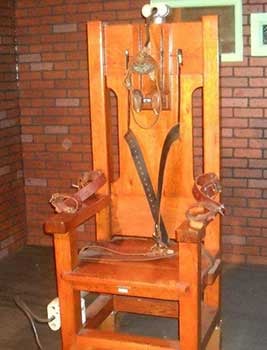 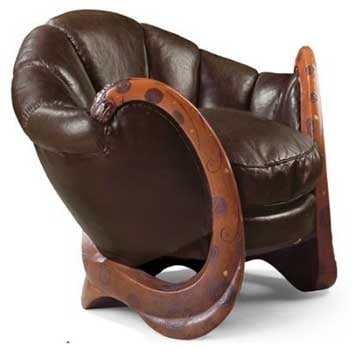 The Dragons Armchair by Eileen Gray